Take A Trip to the Historic Flight Museum 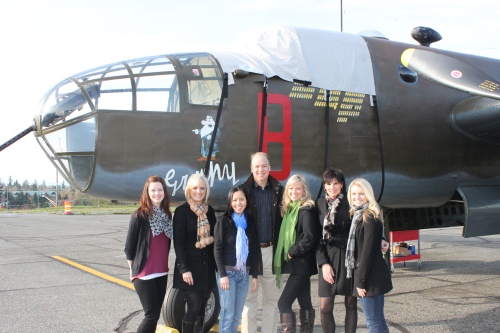 Time flew by for Dr. Kris Johnson and his team when they visited the Historic Flight Museum on Thursday, November 8. This amazing flight museum established its roots in 2003 to share, preserve, and collect significant and original air craft carriers, and restore them to flying condition.

Your dentist near the Everett area experienced aviation history by learning about the backstory of every historic plane. Two particular planes caught the eyes of Dr. Kris Johnson and his team: the Beechcraft Staggerwing and the B-25D Mitchell Bomber “Grumpy.” 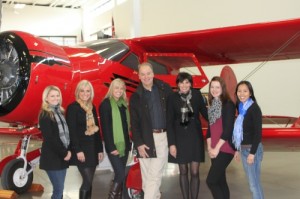 The Beechcraft is more than a cherry-red and fabulous wing designed airplane. This historic aircraft started its journey in the 1940s at Sandpoint Air Naval Station in Seattle serving in several wars climbing 1600 feet per minute and reaching speeds of 212 mph.

Grumpy started its journey in 1943 in the U.S. Army Air Force. The Mitchell Bomber was a fearful aviator during World War II. Its tough exterior flew bombs overseas with its wing span of 67 feet and loaded weight of 35,000 pounds.

Dr. Johnson and his team had a great time learning aviation history, and highly recommends that his Everett area patients check out the Historic Flight Museum.